Why our Audi A5 Hire London Services?

Our services are renowned in the every corner of London and UK. We always go that extra mile in order to make your day special. We have uniformed well-trained chauffeurs which will do everything for making your ride memorable and unforgettable. Our Audi A5 is available for all the occasions such as Weddings, Hen & Stag Parties, Events, Meetings and Friends day out etc. Moreover, we even offer a price-beat guarantee.

We always attracted to the beautiful thing, so Audi sets the vivid example by manufacturing the all-new A5. This car looks so astonishing that no one can resist without having its glance. This perfectly crafted sedan has a head-turning design, which makes feel royal to all the occupants of the car.

Inside the car, it is fully occupied with the brand’s latest generation features like MMI navigation plus technology, Audi Connect, parking system, Side Assist, Bang & Olufsen sound system and much more. Each and every feature of the car is handy to provide all the occupant class leading comfort. The material used to craft its interior is of supreme quality to give occupants the pleasure of luxury.

To run this beauty effortlessly, the brand has fitted it with turbocharger and intercooler DOHC 16-Valve inline-4 motor with direct fuel injection system. It has a displacement of 1984cc, which bangs out 220 Hp of max power at 6000 rpm and 258 lb-ft of peak torque at 1500 rpm. This engine is coupled with an 8-speed automatic gearbox with the facility of manual shifting mode. This beauty takes only 6.1 seconds to hit 0– 00 kmph and capable of completing half a kilometer in just 14.7 seconds.

London is the big settlement for the two millennia. It was founded by Romans, who named it Londinium, which points to British-Romano origin. London is situated on the Banks of River Thames in the South East Island of the Great Britain. Gardens, parks and open spaces occupy near about one-third area of London, which means there are plenty of places to relax on a sun-shine day.
In transportation industry, London has five international airports and the London Underground is known all over the world as it was the first underground railway network. London is most importantly considered as one of the world’s best place to investment in. The city ranks first in the world of software, multimedia development and designing. Even it holds the first spot in technology readiness.
The City of London is bursting out with fantastic attractions for the visitors of all ages. The city has 30 historic gardens or parks and 123 historic monuments. London has more than 200 museums, 600 theatre screens and 108 music halls.

We are also able to offer a wide range of executive cars, stretch limos and party buses to hire at very competitive prices throughout UK! 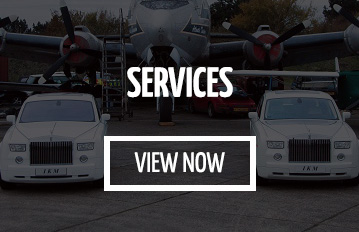 Our Chauffeur driven luxurious car service mean to bring in a lot of elegance to your wedding and make sure that you make a statement on your special day.

Our prom night service are especially dedicated for the youngster who wants to arrive at the venue in style and impress their dates with any car of their choice.

Arrive in style, whether it’s a group of ladies on ladies day at Royal Ascot or a day out to the Cheltenham races with friends. Let the party begin inside our luxury cars.

We guarantee to make that night out extra glamourous, with LED lights and the sound system to accompany its like hopping from club to club all inside our luxury cars.

We offer superior chauffeuring service and luxury vehicles to meet their business transportation needs. Our services are tailored at reasonable cost.

Trusted and rated excelleNt by many users

“Guys @mmetransport a MASSIVE Thank You to James our driver”